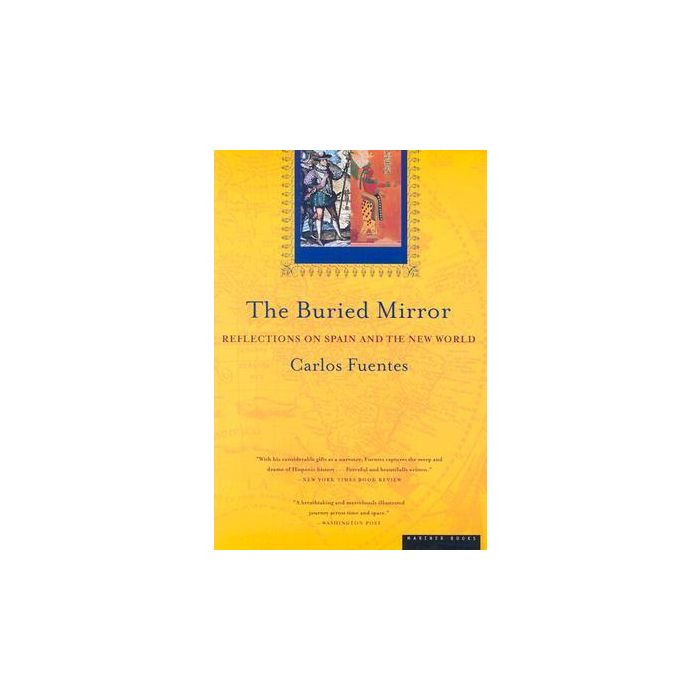 Skip to the beginning of the images gallery
Details
In his introduction to this passionate history of Spain and the Spanish-speaking peoples of the Americas, Carlos Fuentes asks the necessary question: What do we really have to celebrate on the five hundredth anniversary of Columbus's historic voyage to the New World? After all, the quincentennial of the "discovery of America" finds the Latin American republics in a state of deep crisis, with inflation, unemployment, and excessive foreign debt threatening their still precarious economic and political institutions. But Fuentes finds much consolation in an amazingly rich cultural heritage, one that has been created with "the greatest joy, the greatest gravity, and the greatest risk" and that lives in art, in literature, and above all in the vital societies of Central and South America. From the mysterious cave drawings at Altamira to the explosive graffiti on the walls of East Los Angeles, images of Spain and the Americas speak to us of the great variety of Spanish culture. Carlos Fuentes knows this culture intimately. Combining a sophisticated perspective on world events and a novelist's eye for irony and metaphor, he weaves a historical narrative of dazzling color and vibrancy. Sweeping across centuries of tumultuous history, Fuentes gives new life to monarchs and conquistadors, to Indian cultures and revolutions, and finally to modern-day Spain, Latin America, and the Hispanic United States. History and its players come alive on every page, in the stories of the famous and the little-known, the heroes and tyrants, martyrs and saints, virgins and kings. Using the illuminating metaphor of mirrors, inspired by mirrors found in ancient burial caches in the Americas, Fuentes challenges us tothink in new ways about how a national character is formed, how a stereotype evolves, and what continuities are discovered when a human community truly understands its roots. Illustrated with more than 160 stunning drawings, paintings, and photographs, The Buried Mirror celebrat
Reviews
Write Your Own Review
UOW Pulse ABN 28 915 832 337