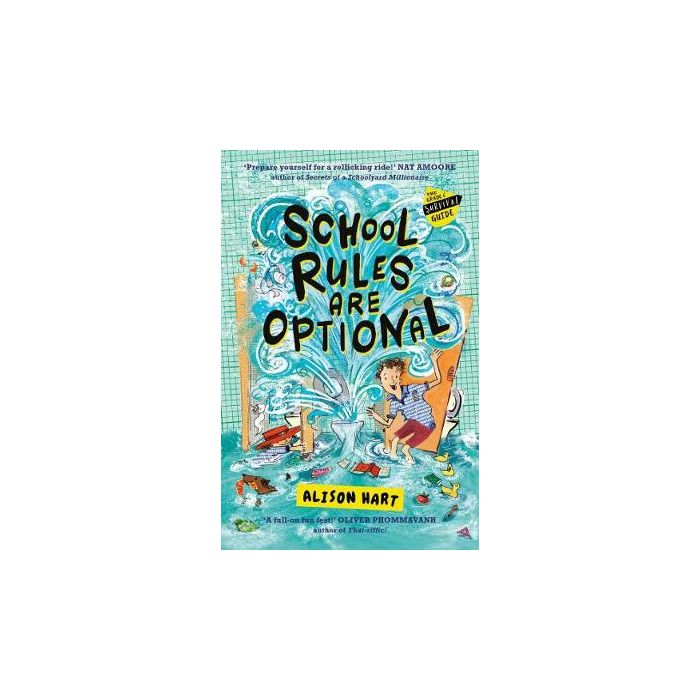 Skip to the beginning of the images gallery
Details
It's the first day of school and I've already got three problems: 1) Mrs Leeman is my classroom teacher. She's so ancient she taught my dad. 2) I might have accidentally been voted school captain. I had an unusually popular day when the class voted last year. 3) Somehow I've lost my Grade Six jumper between receiving it and Mrs Leeman's lecture about being responsible. That's a lot to go wrong in half an hour. On top of that, it's a million degrees. So that's four problems. It's worse than I thought! At least things can only get better, right? Jesse will have you roaring with laughter as he navigates the rites and rituals of Grade Six including a disrespectful Prep buddy, a plumbing problem the size of Niagara Falls, not to mention the dreaded compulsory school camp. 'Prepare yourself for a rollicking ride!' Nat Amoore, author of Secrets of a Schoolyard Millionaire 'A full-on fun fest!' Oliver Phommavanh, author of Thai-riffic!, Con-nerd and Natural Born Loser 'Hilarious! A must-read.' Kate and Jol Temple, authors of Captain Jimmy Cook Discovers Third Grade and Yours Troolie, Alice Toolie
Reviews
Write Your Own Review
UOW Pulse ABN 28 915 832 337