WHEN THE NIGHT COMES 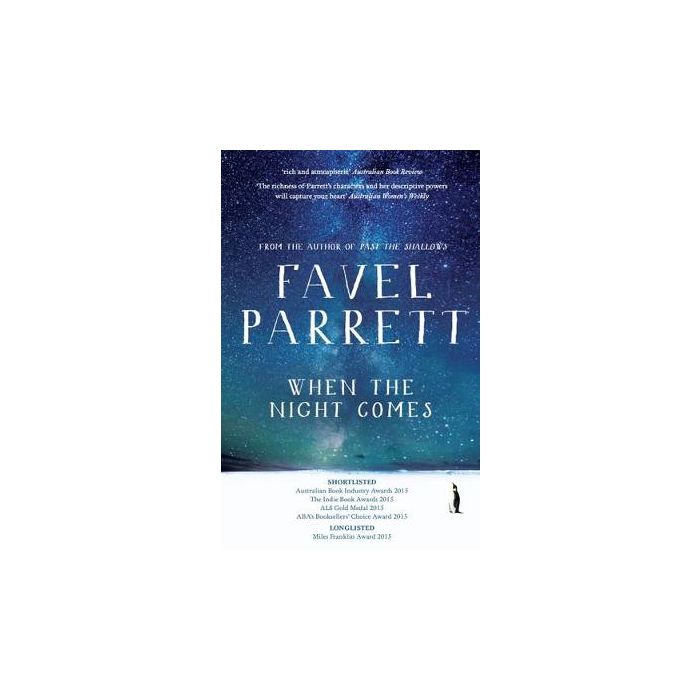 Skip to the beginning of the images gallery
Details
Longlisted for the Miles Franklin Literary Award 2015. Shortlisted for the Australian Book Industry Awards 2015, The Indie Books Awards 2015, ALS Gold Medal 20125 and the ABA's Booksellers' Choice Award 2015. Running away from the mainland was supposed to make their lives better. But, for Isla and her brother, their mother's sadness and the cold, damp greyness of Hobart's stone streets seeps into everything. Then, one morning, Isla sees a red ship. That colour lights her day. And when a sailor from the ship befriends her mother, he shares his stories with them all - of Antarctica, his home in Denmark and life onboard. Like the snow white petrels that survive in the harshest coldest place, this lonely girl at the bottom of the world will learn that it is possible to go anywhere, be anything. But she will also find out that it is just as easy to lose it all. For Isla, those two long summers will change everything. Favel Parrett delivers an evocative and gently told story about the power fear and kindness have to change lives.
Reviews
Write Your Own Review
UOW Pulse ABN 28 915 832 337