Soils in the Australian Landscape

Be the first to review this product
$92.95
In stock
SKU
9780195515503
Add to Wish List Add to Compare
Soils in the Australian Landscape provides a comprehensive and clearly explained description of Australian soils, with a focus on landform development of the continent, and to the land uses across it.
Skip to the end of the images gallery 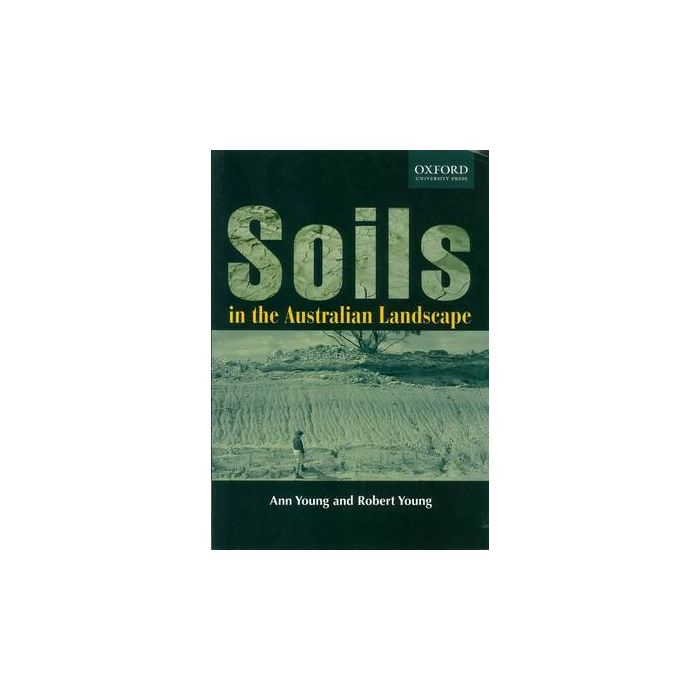 Skip to the beginning of the images gallery
Details
Soils are more than just dirt; they are precious and often fragile resources, whose character and use has influenced the sustainability of human settlement throughout history. Soils in the Australian Landscape provides a comprehensive and clearly explained discussion of Australian soils, with a focus on landform development of the continent, and to the land uses across it. Soils are the skin of landforms, and the book begins by reviewing the broad patterns and evolution of landforms in Australia. The distinctive landform and climatic history of Australia-together with the great age of most of the land surface-explains much of the variety of soils in Australia. This variety is described using the Australian Soil Classification, now adopted by all Australian governmental authorities. Special attention is given to regolith, paleosols, and indurated soils such as laterites and other duricrusts. Other topics covered include: the processes and factors that form soils, and cause variations between them; how human activity has a profound influence on soils; the management of land for agriculture, forestry, pastoralism, and urban uses; fertility, land degradation, salinisation, and contamination of soils. While its focus is primarily on Australia Soils in the Australian Landscape, also explains processes and classification systems that are applicable world-wide, adopting a broad, interdisciplinary approach towards its subject. Founded on clear and detailed explanations of technical material, this book will be a valuable resource for all undergraduate students of geography, geoscience, environmental engineering, and agricultural, soil, and environmental sciences, as well as practising conservationists, land managers and environmental engineers.
Reviews
Write Your Own Review
UOW Pulse ABN 28 915 832 337