Be the first to review this product
$11.95
In stock
SKU
9780199541898
Add to Wish List Add to Compare
Wuthering Heights is one of the most famous love stories in the English language, and a potent tale of revenge. This new edition explores its extraordinary power and unique style and narrative structure, and includes a selection of poems by Emily Bronte.
Skip to the end of the images gallery 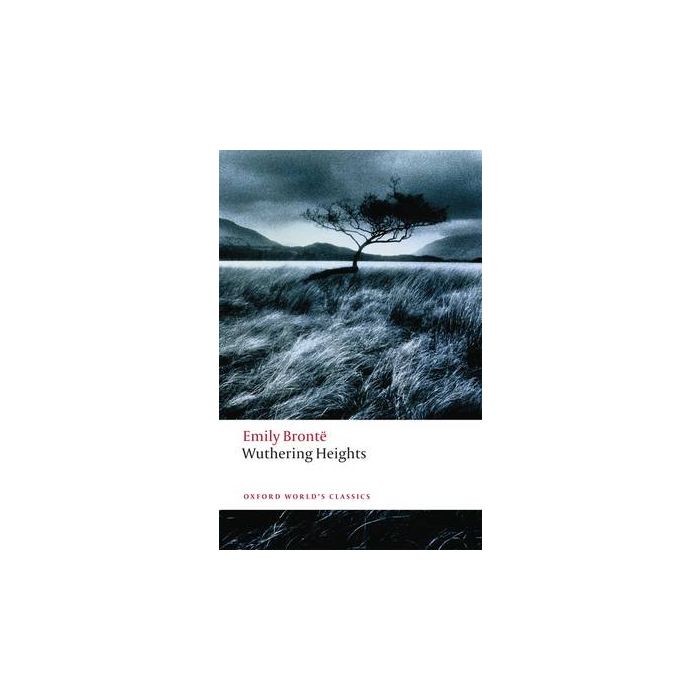 Skip to the beginning of the images gallery
Details
'I am Heathcliff - he's always, always in my mind ...' Discovered on the streets of Liverpool, Heathcliff is rescued by Mr Earnshaw and taken to the remote Yorkshire farmhouse of Wuthering Heights. Earnshaw's daughter Catherine rapidly forms a passionate attachment to him, but when Catherine's brother takes over the Heights, Heathcliff is lowered to the position of a barely-tolerated farmhand. When Catherine decides to marry the refined Edgar Linton instead, Heathcliff turns revenger. He determines to degrade not only those who sought to degrade him, but their children after them. Wuthering Heights is one of the most famous love stories in the English language. It is also, as the Introduction to this edition explores, one of the most potent revenge narratives. Its ingenious narrative structure, vivid evocation of landscape, and the extraordinary power of its depiction of love and hatred have given it a unique place in English literature. This edition reproduces the authoritative Clarendon text, with revised and expanded notes and a selection from the poems of Emily Bronte. ABOUT THE SERIES: For over 100 years Oxford World's Classics has made available the widest range of literature from around the globe. Each affordable volume reflects Oxford's commitment to scholarship, providing the most accurate text plus a wealth of other valuable features, including expert introductions by leading authorities, helpful notes to clarify the text, up-to-date bibliographies for further study, and much more.
Reviews
Write Your Own Review
UOW Pulse ABN 28 915 832 337