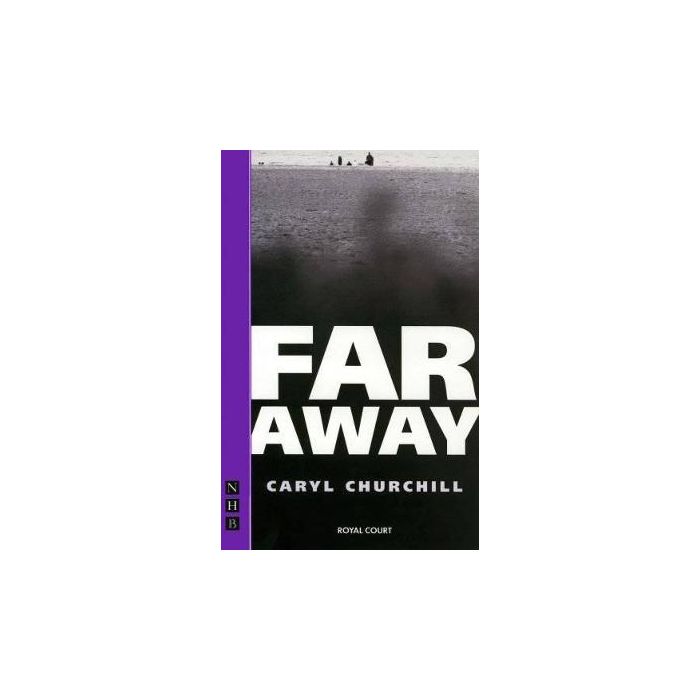 A brilliant and unsettling play from one of the UK's leading dramatists.

At the opening of the play, a young girl is questioning her aunt about having seen her uncle hitting people with an iron bar; by the end, several years later, the whole world is at war - including birds and animals.

Caryl Churchill's play Far Away is a howl of anguish at the increasing - and increasingly accepted - levels of inhumanity in a world seemingly perpetually involved in conflict.

The play was first performed at the Royal Court Jerwood Theatre Upstairs, London, in November 2000.

'Conjures a devastatingly bleak dystopia... every word, every half sentence paints a picture that would make you laugh if it didn't want to make you cry... a tiny play, but an immense one. Chilling and thought-provoking' — WhatsOnStage

'Perhaps the ultimate fan favourite out of [Churchill's] kaleidoscopic oeuvre... revered because of how powerfully and pithily it reads on the page... a play to witness Churchill at hurricane force, savage, hilarious, totally unlike anyone else' — Time Out

'A short play, but not a small play: it's global in scope, untethered by time, part fable, part prophecy... interlaces the bucolic, the fantastical and the harrowing, pairing [Churchill's] characteristic economy with wild, imaginative flourishes... dread-filled, disturbing, and prescient' — The Stage

'A twisted fairy tale that demonstrates [Churchill's] matchless gift for merging the apocalyptic and the fantastical... brilliantly absurdist... A sliver of genius' — Independent

'Caryl Churchill was expected to produce something explosive in Far Away, but... she has exceeded the critics' highest expectations' — Observer