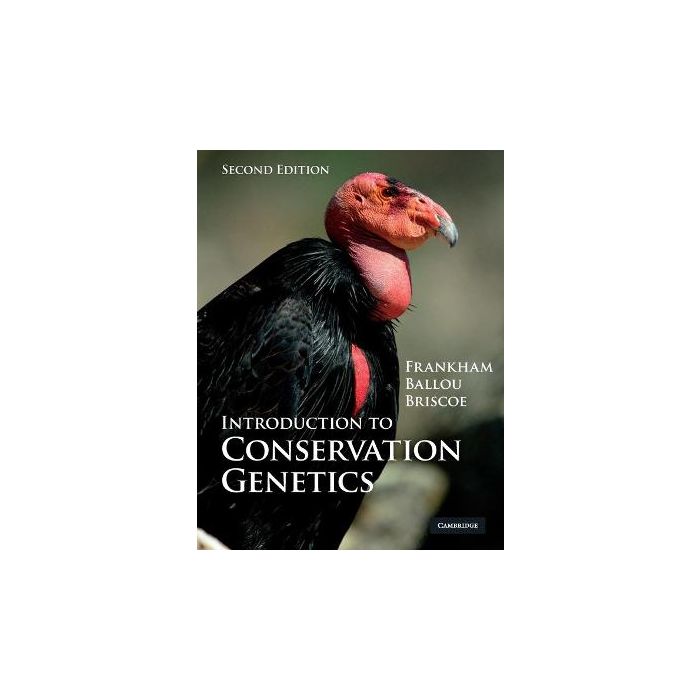 Tackles the quantitative aspects of conservation genetics, helping students master the numerical side of the subject, including graphs, worked examples, problems and solutions

This impressive author team brings the wealth of advances in conservation genetics into the new edition of this introductory text, including new chapters on population genomics and genetic issues in introduced and invasive species. They continue the strong learning features for students - main points in the margin, chapter summaries, vital support with the mathematics, and further reading - and now guide the reader to software and databases. Many new references reflect the expansion of this field.

With examples from mammals, birds, reptiles, fish, amphibians, plants and invertebrates, this is an ideal introduction to conservation genetics for a broad audience. The text tackles the quantitative aspects of conservation genetics, and has a host of pedagogy to support students learning the numerical side of the subject. Combined with being up-to-date, its user-friendly writing style and first-class illustration programme forms a robust teaching package.

Emeritus Professor Dick Frankham holds honorary appointments at Macquarie University, James Cook University and the Australian Museum and was Hrdy Visiting Professor at Harvard University in 2004. He began his career in quantitative genetics, achieving international recognition for his work on Drosophila before turning to conservation genetics in the early 1990s. He has made many significant contributions to the field via modelling problems in Drosophila, meta-analyses and computer simulations. He is a major figure in the discipline and was awarded a D.Sc. by Macquarie University in 2006 for his scientific contributions to conservation and evolutionary genetics.

Dr Jon Ballou is Population Manager and Research Scientist at the Smithsonian Institution's National Zoological Park in Washington, DC, USA and for 2003–2006 was Head of its Department of Conservation Biology. He is also an adjunct member of the Faculty of the University of Maryland. His research has focused on the genetic and demographic problems confronted by small populations, especially of threatened species. He is recognized as a leader in developing the theoretical basis for the genetic management of small populations and in developing population management tools (software, applied theory) that are widely and internationally used by wildlife and zoo managers.

Professor David Briscoe is at the Department of Biological Sciences, Macquarie University, Sydney, Australia and was Head of Department 2006–2009. He collaborated with Dick Frankham on Drosophila research for 33 years, as well as working on the evolutionary genetics of rock wallabies, lizards, velvet worms, social insects and slime molds. An outstanding communicator, his inspirational teaching enthuses students at all levels and reaches beyond the academic sphere through television appearances and population level books.